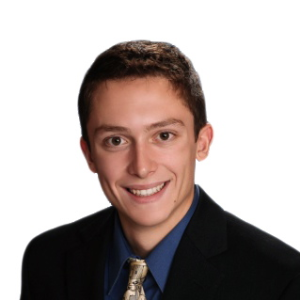 Over the past few months, the divestment movement has gained momentum at universities around the globe, and what started as a niche movement has quickly turned into a worldwide call for change. Comparing themselves to the anti-apartheid movement, divestment campaigners have called for university endowments to immediately divest from fossil fuels.

The general argument for divestment is simple: society is responsible for climate change and has a moral responsibility to stop it. This is difficult to dispute; an ever-growing body of scientific evidence demonstrates that global climate change is a result of human activity, and most scientists agree that a global increase in temperature will have devastating effects.

Certainly, divestment campaigners are correct to argue that we are burning carbon at an unacceptable rate. Nonetheless, there is a fine line between being an activist and an alarmist: both groups recognize problems; however, activists take steps to correct them while alarmists exacerbate them.

What the campaign does not seem to realize is that divestment will not solve the unburnable carbon dilemma. We are not facing a carbon bubble because producers continue to drill for oil. We are facing the bubble because consumers continue to burn carbon. As long as cars run on gasoline and heaters use oil, we will face the same problem. As long as we are reliant on oil to enjoy a modern standard of living, companies like BP will have an incentive to drill, regardless of their stockholders’ views.

Only through technological progress can we hope to limit our dependence on fossil fuels.

Historically, universities have driven such changes in technology—there is no need to change this now. Instead of asking endowments to divest from fossil fuel holdings, we should be asking them to invest their returns into the research and development of green technologies. In this way, fossil fuel companies will indirectly finance the energy transition.

Now, admittedly, there is a significant problem with this approach: research and development take decades, time we do not have in the immediate fight against climate change. Fortunately, many green technologies are now mature enough to implement on a large scale. Unfortunately, many lack the capital necessary for widespread deployment. University endowments can solve this problem.

Diversification is central to institutional management, and endowments frequently hold bonds as part of their portfolio. Considering these facts, climate bonds offer endowment managers an opportunity to demonstrate their universities’ commitment to building a sustainable future. In the past, universities have offered green bonds, but the time has come for them to act as purchasers as well.

The purchase of green bonds should appeal to universities for two reasons. First, it offers managers an opportunity to implement technologies often developed on their campuses. It is common for university innovations to languish in labs because of the high cost of entry into markets. Endowment managers can help facilitate the widespread use of technologies developed by their researchers through the purchase of green bonds in solar and other green technology projects.

More importantly, as divestment groups begin to take legal action, investment in climate bonds allows managers to prove they are factoring climate change into their investment decisions. Demonstrating that they are considering multiple investment futures will contradict claims that endowments are in breach of their fiduciary duty.

The divestment campaign has become an unexpectedly complex movement in its short history. Despite its growing popularity, it seems unrealistic to expect divestment to meaningfully curb climate change. Climate bonds, however, offer an opportunity to direct funds to those projects with the best chance of mitigating global warming. If endowments want to prove that they are considering the impact a changing climate has on the future, they should be investing in green bonds, not divesting from fossil fuel.

Jordan is a rising senior at Yale University, where he studies mechanical engineering and economics. From northern Connecticut, Jordan grew up in an environmentally conscious town, and during college has become interested in how technology and financing can solve the climate challenges we are facing. For the JEI, he covers climate bonds and related green finance topics. In his free time, Jordan loves hockey, skiing, golf, and wasting time on Netflix.