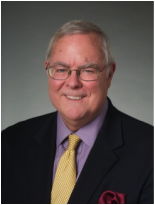 In the early 1970s, business history was made when religious investors filed the first shareholder resolutions on a social issue. The company was General Motors and the issue was GM’s investment in South Africa, a country known for apartheid and racial segregation. In those early days, a small but growing number of investors encouraged companies to improve their records on issues such as diversity, economic justice, and the environment. The moral case for the issues raised was strong, but the business case was an early “work in progress.”

While investors were sending a straightforward message to companies’ management about what concerned them, they were often ignored because there was not a compelling case for why the desired change was good for the company or investors. Still, many of the issues addressed gained considerable traction and prompted companies to change policies or practices for the better. For example, hundreds of companies responded to the unrelenting global pressure related to South Africa and withdrew their operations from that country.

Seeds were planted that grew deep and wide. In the process, investors embraced their identity and responsibility as owners of company shares with the ability to influence company decisions. Concurrently, many companies grew to find value in input from their shareowners and began to reach out to their investors proactively for discussion.

Evidence of growing investor interest in company engagement abounds. The Principles for Responsible Investment (PRI) membership includes global investors with over $59 trillion in assets who proclaim their commitment to incorporate ESG analysis into investment processes and company engagement. Investors with over $95 trillion in assets have joined CDP (formerly the Carbon Disclosure Project), supporting its efforts to encourage effective and transparent company responses to climate change, including substantial reductions in greenhouse gas emissions. In the aftermath of the historic agreement reached in December at COP21, the UN Conference on Climate Change, the 2016 Investor Summit on Climate Risk hosted in January by Ceres and the United Nations brought investors together to explore clean energy opportunities that would support a transition to a low-carbon economy.

These coalitions and collaborations are signs of a growing and active breed of investors who believe in exerting their influence on the companies they own to promote more sustainable business practices. For many investors this activism translates into engagements that encompass private and group dialogues with companies, sponsorship of shareholder resolutions, and proxy voting practices that support improvement in environmental and social performance. According to the Institutional Shareholder Services, over 1,030 shareholder resolutions were filed at companies for votes in 2015 alone. (Social and environmental resolutions for votes in 2016 are captured in the proxy book of the Interfaith Center on Corporate Responsibility [ICCR]) In addition, PRI has set up a number of global engagements with companies where its members can come together to address selected companies on governance, climate, labor and human risks, and other issues.

Investors who engage on ESG policies and practices are a diverse group. They include investment firms like my firm Walden Asset Management; mutual fund companies such as Calvert Investments and Domini Social Investments; foundations and faith-based investors, including members of the ICCR; municipal and state pension funds, including CalPERS, CalSTRS, New York State, New York City, State of Connecticut, and State of Vermont; and trade unions such as the AFL–CIO and AFSCME.

Under the governance category, investors are seeking the right to nominate directors (known as proxy access), a separation of the Chair and CEO roles, majority vote policies (ensuring that directors must receive more than 50% of votes to be elected), and annual elections of directors as opposed to “staggered” elections in which just one-third of directors are on the proxy ballot. Dialogues and resolutions encouraging concrete actions by companies to add women and racial minorities to their boards—a measure of good corporate governance—have also surged in recent years.

Climate change is center-stage on the environmental engagement front: greenhouse gas (GHG) emissions reduction strategies, energy efficiency, and renewable energy goals. A core focus of Walden’s climate-related engagement is to encourage companies to adopt robust climate policies and science-based GHG goals, consistent with reports by the Intergovernmental Panel on Climate Change, or IPCC. This translates to a reduction in GHG emissions of 55% globally by 2050 compared to 2010, the likely minimum decrease needed to avoid the most disastrous consequences of global warming. Other prominent environmental impact issues addressed by investors include water risk, hydraulic fracturing, use of toxic materials, recycling, and waste management.

Of course the key question is whether or not shareowner engagement makes any difference in corporate boardrooms or executive suites: Does engagement encourage improvement in company policies, practices, and transparency?

Fortunately, there is an impressive public record demonstrating decades of positive ESG impact fostered by investors. Still, there is no assurance that a company will respond in a substantial manner, and some companies ignore shareholder petitions altogether. To be fair, not all shareholder dialogues and resolutions are grounded in a strong business case, and some focus on esoteric topics that do not deserve investor support.

My company, Walden Asset Management, carefully tracks the reach and impact of our engagement activities and provides an annual summary (see Shareholder Engagement Updates, Fourth Quarter 2015). While our public reporting describes significant challenges associated with “measuring impact,” such as attribution, recent examples of progress on climate change following engagement by Walden in cooperation with other investors include:

Leadership from the New York City Comptroller’s Office to encourage proxy access is an example of an extraordinarily successful, fast paced, issue-based engagement strategy. NYC is pursuing a focused initiative that asks companies to allow shareholders holding a minimum stock position of 3% for three or more years to nominate directors and put their names on the proxies for a vote (for up to 25% of board seats). In 2015, NYC submitted over 75 proxy access proposals; most that went to a vote garnered majority support. To date more than 125 companies agreed to adopt the proposed governance reform. Over just a two-year period, NYC has successfully launched a governance reform movement that is rapidly taking hold.

Shareowner engagement—from behind-the-scenes discussions to public shareholder resolutions—is expanding considerably. More and more investors see these initiatives as integral to common sense investing, particularly as a means to address risk. Other investors see engagement as an opportunity to promote long-term shareholder value alongside societal impact. Either way, the engagement genie will not be put back in the bottle.

Of course there are critics. The U.S. Chamber of Commerce has mounted a campaign to limit the right of shareholders to pursue resolutions and at least two members of the Securities and Exchange Commission have supported curtailing this right in recent years. Fortunately, numerous companies respond respectfully to investor interaction on ESG topics, demonstrating to us that they also view responsiveness to shareholders as a matter of good governance.

As investors continue to build a strong business case for ESG progress, we expect shareholder engagement will encourage more win-win improvements in corporate policies, practices, and transparency. We believe strong ESG performance is an indicator of high quality management—and that’s good for business, good for investors, and good for society.

Tim Smith serves as the director of ESG Shareowner Engagement at Walden Asset Management, a division of Boston Trust & Investment Management Company. Walden has been a leader in sustainable and responsible investing (SRI) since 1975. As of June 30, 2015, Walden managed approximately $2.7 billion in assets for individual and institutional clients.